Enjoy a Safe, Fun & Comfortable Holiday Season With These Tips 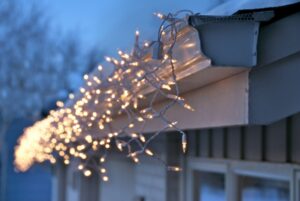 The holidays are right around the corner (or have already started for anyone celebrating Hanukkah) which means most of us are deep into preparations. The decorations are up, meals are planned, and family traditions are gearing up too. It has been a rough and awkward year for everyone, so it is important that we can celebrate this season with as much normalcy as possible. And normalcy does not include a faulty heater!

You deserve to enjoy a safe and comfortable holiday season, and we can help you do that. Check out our tips below that will give you ideas that will ensure your comfort, safety, and enjoyment of the end of one of the toughest years in history.

END_OF_DOCUMENT_TOKEN_TO_BE_REPLACED

The History of “Auld Lang Syne”

There are numerous different traditional songs associated with Christmas—but there is only one song that comes to mind immediately when people think of New Year’s Eve: “Auld Lang Syne.” It is hard to find a New Year’s Eve party where people won’t leap into singing “Should old acquaintance be forgot…” as the first stroke of midnight sounds. This tradition encompasses the globe, with almost every culture that celebrates New Year’s on January 1st breaking into song with the same set of lyrics.

Where did this song come from? And what do the words “auld lang syne” actually mean? The best place to ask these questions is Scotland. The Official Gateway to Scotland website calls the song “one of Scotland’s gifts to the world, recalling the love and kindness of days gone by, but in the communion of taking our neighbor’s hands, it also gives us a sense of belonging and fellowship to take us into the future.”

The melody of the piece originates from Lowland Scots folk song tradition. It was legendary Scottish Romantic poet Robert Burns (1759–1796) who created the words we know today, however. During the later years of his life, Burns dedicated much of his work to collecting Scottish folk tunes and giving them new life. The first mention Burns makes of “Auld Lang Syne” is in 1788, when he calls the song “a glorious fragment.” Burns wrote new lyrics to the old melody, and used the words “auld lang syne,” which is Scottish for “old long since,” and which can be translated into standard English as “long, long ago” or “days gone by.” The phrase was already known in earlier Scottish poems and folk songs, and appears to be the equivalent of “Once upon a time…” for Scots fairy tales.

Soon after Burns introduced the song to the public, it spread across Scotland as a New Year’s custom, and then to the rest of Great Britain. Scottish immigrants took the song with them as they moved across the globe, and by the middle of the 19th century it was a holiday tradition throughout the English-speaking world. By the close of the 20th century, it was a global phenomenon to ring in the New Year.

We imagine that you’ll end up singing or hearing “Auld Lang Syne” at some point this New Year’s (maybe you’ve already heard it while watching It’s a Wonderful Life). All of us at Malek Heating & Cooling would like to take this opportunity to wish you a happy coming year in the tradition of the song.

Tags: Holiday
Posted in Happy Holidays | Comments Off on The History of “Auld Lang Syne”

The History of Labor Day

The official end of summer and the beginning of fall lands on September 23rd, which marks the Autumnal Equinox, when the plane of the Earth’s equator passes the center of the sun and the length of day and night are roughly equal. However, for most people in the U.S., the summer really concludes with Labor Day, the first Monday in September. Labor Day and Memorial Day (the last Monday of May) together serve as the bookends of the summer.

The Labor Day Holiday is a time that people in this country associate with a last summer blast: another reason for an outdoor picnic, a chance for a three-day vacation, family trips to amusement parks, and of course, taking advantage of numerous sales that retailers always offer. (Labor Day is often the second largest shopping day of the year after Black Friday in November.) It’s also the point when school traditionally goes back in session, although some schools start a week earlier and some a week later.

Labor Day’s origins lie in the 1880s. In 1882 Matthew Maguire, a machinist in New York City who was secretary of the Central Labor Union (CLU) at the time, and Peter J McGuire of the American Federation of Labor (AFL), first proposed a celebration of the hard working men and women of the United States. However, five years would pass before the first state made it an official holiday, Oregon. Other states quickly followed this example, although not all selected a date in September.

By 1894, thirty states had started Labor Day celebrations. President Grover Cleveland signed the law that made Labor Day a federal holiday only a week after Congress voted unanimously to approve the legislation. The date chosen for the holiday was the same one that Maguire and McGuire had originally proposed.

The U.S.A. is not the only country that celebrate Labor Day on the first Monday of September. Canada observes the holiday as well, although they spell it “Labour” Day. In fact, Canada celebrated the occasion earlier than the U.S., and was an early inspiration in this country for the development of the holiday.

All of us here at Malek Heating & Cooling hope you and your family—whether at work or at play—enjoy a relaxing and memorable Labor Day weekend and have a fantastic start to the fall.

Tags: Holiday
Posted in Happy Holidays | Comments Off on The History of Labor Day

Except… and your teacher probably didn’t know this at the time… there is another country that celebrates the Fourth of July. They don’t celebrate a holiday that happens to fall on July 4 (there are quite a few of those spread across the globe), but they actually celebrate U.S. Independence Day.

Every July 4, in the Rebild Region in the north of Denmark, thousands of people gather in Rebild National Park to hold the largest Fourth of July celebration outside the U.S.A., an events known as Rebildfesten. This tradition has continued for over a hundred years now, starting in 1912. The origins of this unusual celebration is that in 1911 a ground of Danish Americans purchased the 140 acres of the parkland between the woods in Rold and the Lindenborg stream. The next year, they deeded the land to the Danish King and people of the country as a memorial to Danish Americans, under the condition that the place remain undeveloped, open to the public, and used to celebrate U.S. holidays. Today, the park also hosts a museum on the history of Danish immigrants to the U.S., housed inside a log cabin.

This display of solidarity with the U.S. is because of the country’s warm welcome of 300,000 Danish settlers who were among the earliest to migrate across the seas. The celebration continues as sign of the long friendship between the two nations.

Since its inception, the celebration has hosted famous speakers such as the members of the Danish royal family (the queen and princess both attended for the 100th anniversary), Walt Disney, Keith Carradine, and Richard Chamberlain. The festivities actually start two days earlier, but on the fourth is when the major parade is held (which marches over 3 miles from the train station) and the Aalborg Symphony Orchestra performs a selections of music from both countries.

Although we doubt you will be celebrating your Fourth of July in Denmark this year, we at Malek Heating & Cooling hope you have a fantastic Independence Day.

Tags: Holiday
Posted in Holiday | Comments Off on Denmark Also Celebrates the Fourth of July

Financing available with our Partners