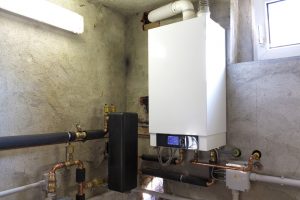 The boiler is one of the basic central home heating systems, competing with the furnace and the heat pump for the best way to deliver whole-house comfort. We have extensive experience working with boilers, from new installations to repairs of just about any type. We’d like to share some of our boiler knowledge with you to help you understand a few basic, but often misunderstood, facts about these heating systems. END_OF_DOCUMENT_TOKEN_TO_BE_REPLACED

Although boilers are not as common residential heating systems as furnaces, they are still popular, and many homes today enjoy the even warmth and energy-saving performance of the hydronic heating from boilers.

END_OF_DOCUMENT_TOKEN_TO_BE_REPLACED

Except… and your teacher probably didn’t know this at the time… there is another country that celebrates the Fourth of July. They don’t celebrate a holiday that happens to fall on July 4 (there are quite a few of those spread across the globe), but they actually celebrate U.S. Independence Day.

Every July 4, in the Rebild Region in the north of Denmark, thousands of people gather in Rebild National Park to hold the largest Fourth of July celebration outside the U.S.A., an events known as Rebildfesten. This tradition has continued for over a hundred years now, starting in 1912. The origins of this unusual celebration is that in 1911 a ground of Danish Americans purchased the 140 acres of the parkland between the woods in Rold and the Lindenborg stream. The next year, they deeded the land to the Danish King and people of the country as a memorial to Danish Americans, under the condition that the place remain undeveloped, open to the public, and used to celebrate U.S. holidays. Today, the park also hosts a museum on the history of Danish immigrants to the U.S., housed inside a log cabin.

This display of solidarity with the U.S. is because of the country’s warm welcome of 300,000 Danish settlers who were among the earliest to migrate across the seas. The celebration continues as sign of the long friendship between the two nations.

Since its inception, the celebration has hosted famous speakers such as the members of the Danish royal family (the queen and princess both attended for the 100th anniversary), Walt Disney, Keith Carradine, and Richard Chamberlain. The festivities actually start two days earlier, but on the fourth is when the major parade is held (which marches over 3 miles from the train station) and the Aalborg Symphony Orchestra performs a selections of music from both countries.

Although we doubt you will be celebrating your Fourth of July in Denmark this year, we at Malek Heating & Cooling hope you have a fantastic Independence Day.

Tags: Holiday
Posted in Holiday | Comments Off on Denmark Also Celebrates the Fourth of July